The Agri-Negosyo Para sa OFWs is a one-stop shop of information for OFWs, offering a menu of agriculture and agribusiness-related programs and services of the various agencies all under one roof.

It offers full service information to OFWs in terms of starting an agribusiness, provide investment opportunities, assist in crafting business plans and studies, facilitate access to financing programs, trainings, available technology, and rebuild network and linkages in all stages of the agriculture value chain.

The Agri-Negosyo Para sa OFWs will provide OFWs with convenient access to the efficient delivery of programs and services of government.

The Agribusiness Portfolio is a joint publication of the agencies under the banner Agri-Negosyo Para sa OFWs that will serve as a manual of operation in starting an agribusiness. It will contain basic information that will guide a person regarding the business registration process, qualifications in availing of the most applicable credit facilities, access to available trainings and seminars, contact details of persons or offices in charge, and other relevant information.

On 17 April 2020, Resolution No. 25 resolved that the NTF Food Security be organized into the NTF Task Group on Food Security (TGFS) with the DA as Chair, and the DTI, NEDA, DSWD, DBM, Department of Education (DepEd), Department of Science and Technology (DOST), the National Security Council (NSC), the DILG, and other such agencies as may be determined by the chair, as members.

On 13 August 2020, the TGFS resolved that the institutionalization of a Sub Task Group on Agribusiness (STGA) is critical in increasing the level of food security, and that the farmers, fishers, the small and medium entrepreneurs and the agripreneurs are among the stakeholders supported by the government as one nation. It was also mentioned that the different agencies are implementing several projects and research studies to support agribusiness development and that a platform of collaboration between and among the agencies is critical in creating a favorable enabling environment for agribusiness to grow. It was resolved that the DTI will take the lead as the Chairperson of the STGA with DA as co-Chairperson, and DOST, TESDA and NEDA as members.

After a series of STGA meetings and consultations, the agencies agreed to work as one in addressing the urgent need for sources of livelihood and gainful employment of repatriated OFWs by integrating their agribusiness-related programs, projects and services under the Agri-Negosyo Para sa OFWs Program, in line with the directive of President Rodrigo Roa Duterte to intensify government support for micro, small and medium enterprises (MSMEs) and displaced workers, particularly OFWs. 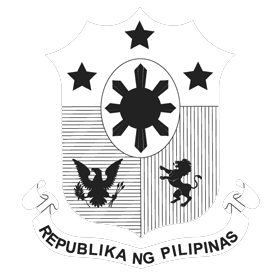 Republic of the Philippines

All content is in the public domain unless otherwise stated.

Learn more about the Philippine government, its structure, how government works, and the people behind it.

Office of the President

Office of the Vice President

Senate of the Philippines